Publications by the Walter Leblanc Foundation 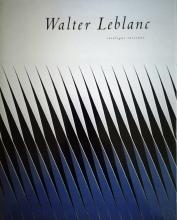 The work of Walter Leblanc (1932–1986) represents Belgium’s most striking contribution to international optical and kinetic art.

This catalogue raisonné marks an important step in the ongoing documentation and evaluation of the extensive oeuvre of Walter Leblanc. A great number of the artist's works are inventoried, reproduced in black-and-white, and accompanied by a technical description. In addition, some hundred works are printed in colour and over fifty of them in full-page reproductions. This book offers previously unpublished texts by Walter Leblanc and essays by Willy Van den Bussche, Anne Adriaens-Pannier, Danièle Gillemon, Eric Pil, Francine-Claire Legrand, Jacques Meuris, Phil Mertens, Juan Eduardo Cirlot, and Jean-Pierre Maury, as well as a biography, an exhaustive list of exhibitions, and a bibliography. 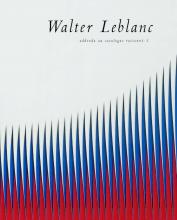 This volume is the first addendum to the catalogue raisonné that was published in 1997. It follows the same scheme as the original, cataloguing works, which, for various reasons, it was not possible to include in the original publication. Many of these are now reproduced in full-page illustrations and in colour. This first addendum offers unpublished essays by Laurent Busine and Johann Pas, and also includes the essay written by Jan Hoet on the occasion of the artist’s retrospective in Ghent, in 2001.
It also includes updates to the bibliographic materials and appendices published in the original volume. 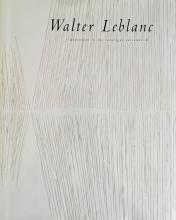 This volume is the second addendum to the catalogue raisonné that was published in 1997. Like the first Addendum from 2011, it follows the same scheme as the original, cataloguing the works, which, for various reasons, could not be included in the earlier publications.
The first part of the book features a tribute to the artist by his wife Nicole Leblanc; an interview by Ben Durant with the artist’s friend, Jean-Pierre Maury; and a detailed chronological biography. The emphasis here is on the artist as a man. As well as full-page reproductions of numerous works, this second addendum also includes updates to the bibliographic materials and appendices published in the earlier volumes. 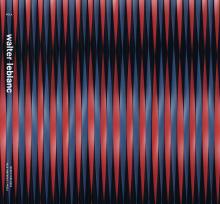 Relatively little is known about Walter Leblanc (1932–1986), despite his position as one of the key representatives of kinetic and optical art in the mid-twentieth century.
Edited by Francesca Pola, this comprehensive monograph on the artist is the first conceived for an international audience. It includes significant, previously unpublished materials that provide an insight, not only into the art of Leblanc, but also into ZERO, the extraordinary artists’ movement with which he was closely connected and in dialogue from the 1950s onwards. The monograph Walter Leblanc is based on extensive international studies of the artist’s work. With about 150 images of his paintings and sculptures, comparative works, historical photos, and documents, it also includes a selection of Leblanc’s writings, an iconographic mapping of selected works in museums around the world, and a bio-bibliographical appendix.
In demonstrating the outstanding wealth of his creative output, the book reaffirms the enduring role that Walter Leblanc played in the development of modern and contemporary art on a global scale.
The monograph is available here from Mercatorfonds
Price: €49.95 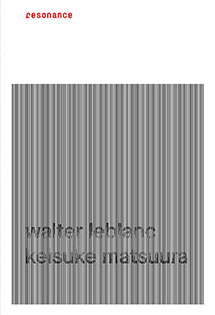 Edited by Duncan Brown, with a text by Jeroen Chabot
Language: English
2020, 64 pages

A fully illustrated catalogue of the exhibition designed by Jurgen Persijn. Resonance is a dialogue between the oeuvre of Walter Leblanc and that of Japanese artist Keisuke Matsuura (°1970, Kyoto). The exhibition explores the relationship between Art and natural energy fields.